Yesterday a friend asked me how it went with my long arm quilting machine, it was too distressful to have to tell her that that the news was not good. Here’s the story so far; last September my Handi Quilter Fusion long arm quilting machine was shipped from the UK to Denmark by Hunts International of Redditch, UK it was arranged by my husband Peter. When the shipment containing over 80 items arrived it was in the back of an articulated lorry, not in the original removal lorry it was packed into in the UK.  The chaps unloaded the lorry in a flash and gave me the form to sign, I asked for time but they were adamant that they had a long way to go and assured me that there was nothing left in the lorry that was mine, gave me some items that I knew were not mine which I returned to them and they sped off.  I did not have time to check that all the items were there before they left, I tried to count the boxes but they were put in such a was as to make it impossible.  To be honest, I trusted Hunts to have done a good job and have taken care with my property…….WRONG!

Hunts made a mess of everything!

They rushed the packing of the removal lorry (a different lorry to the one they used to deliver my goods) in the UK, my son said they did not have time to really do a good job in his opinion and were not helpful with the actual packing of the items.

They moved the items and stored them in a large warehouse before stuffing them in the back of an articulated lorry that was already full, I live at the bottom of a dirt track and would not have recommended taking such a lorry down it.

They bullied me into signing the papers when they delivered the goods even although I was not happy with signing.

They lied about insurance, making us go through a lengthy claims form, getting them all the details they needed, only to be told we took to long putting the claim in and were not going to pay up, they said the fault was all ours and not theirs! They obviously knew they were never going to honour the claim.

They simply did not care one little bit, so mover beware! Take the time you need a service, don’t be bullied and ask for references and feedback before committing to a removal company.

Just so you know, they weren’t cheap either!

So there you are, in 2013, I shipped a 40ft and a 20ft container from Saudi Arabia to the UK and then to Denmark with East-West Shipping and nothing was damaged, nothing lost, everything was well pack and time was taken to do the inventory and time was given to me upon delivery, one wonders why a British company could not do the same?

So what now, well, Handi Quilter were not helpful either, they told me that they don’t keep spare parts for the Handi Quilter frame and I would need to buy another one. The British company I used to deal with this told me that they had ordered one for me then said a few weeks later that actually they had not.  After weeks of negotiations I was stunned as they were the ones who told me that they had ordered it without first consulting me but I was happy to honour the sale as its what I needed but felt pretty fed up to know that I was now going to have to wait weeks more for a new frame to arrive in the UK, then weeks more and yet more Tax for it to arrive in Denmark so cancelled the order. To be frank, I strongly feel that throughout this whole experience that if you want something done, do it yourself.

I am still without my longarm and find after months of trying to make sense of all of this I cant even look at it now without feeling angry and betrayed, I have packed it away  in a cupboard and will go back to it when I fell less angry, even if I get a new frame at huge cost I know that every time I used the machine it would be with negative thoughts and that would not make for very good quilting.

I bet we all wish we could have a cats life! 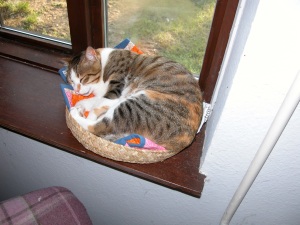 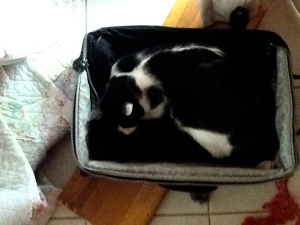 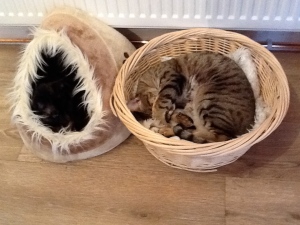 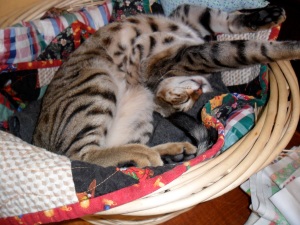 Making a quilt.....one stitch at a time.

An Aussie's adventures in quilting

Quilting and other things I love in this colorful world

Two Sisters and a Quilt

.....because quilting is delicious!